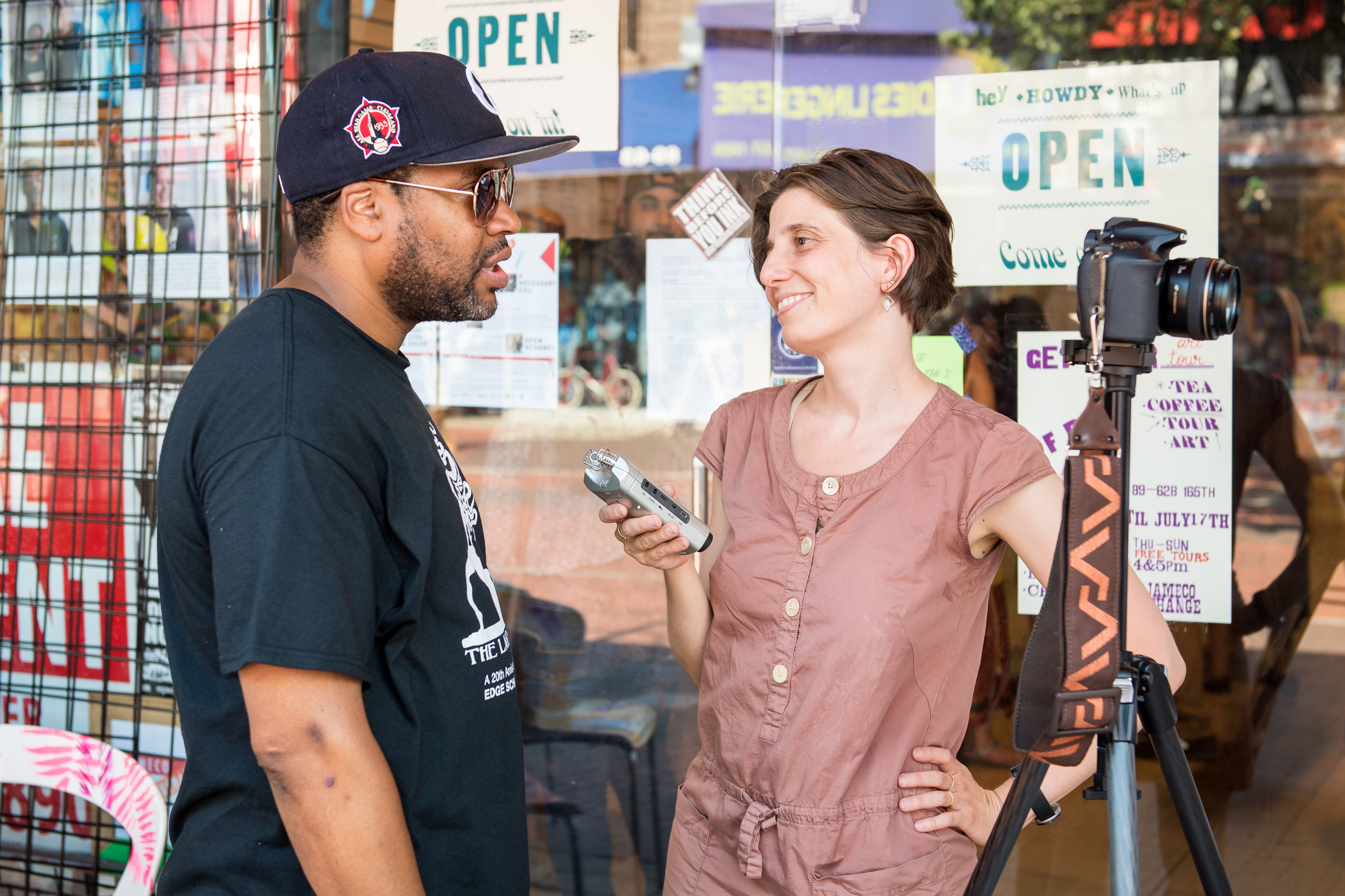 An imagined geography woven from the stories of residents of Jamaica, Queens, New York

In the summer of 2016, Gabrielle took our project of asking people for personal guided tours–which we’ve done in London, Brooklyn, Harlem, Oakland, and Buenos Aires–all the way to Jamaica, Queens, as part of her summer residency at No Longer Empty’s exhibition Jameco Exchange. Engaging with passersby on the street in Jamaica, she invited people to participate in her makeshift photo studio for a portrait and to answer the question, “Where would you take me on a guided tour?” In the imaginary tours residents said they would take Gabrielle on, Jamaica Ave got a lot of love. Other destinations ranged from the local pizza place all the way to Paris, France. Also important in the imagined geography of the residents of Jamaica were Lower Manhattan, a birthplace in Rhode Island, and a small town in Minnesota visited just once. Read more on the Intersection Dialogues here.

This resonant part of Jameco Exchange's Once Upon a Place commissions asks "Where would you take me on a guided tour?" 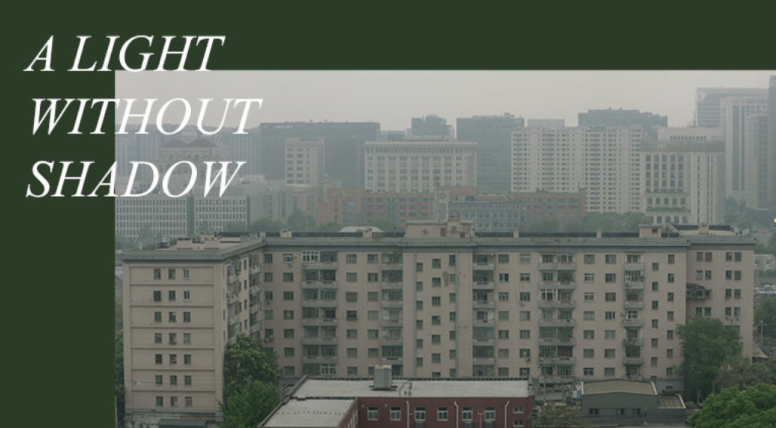 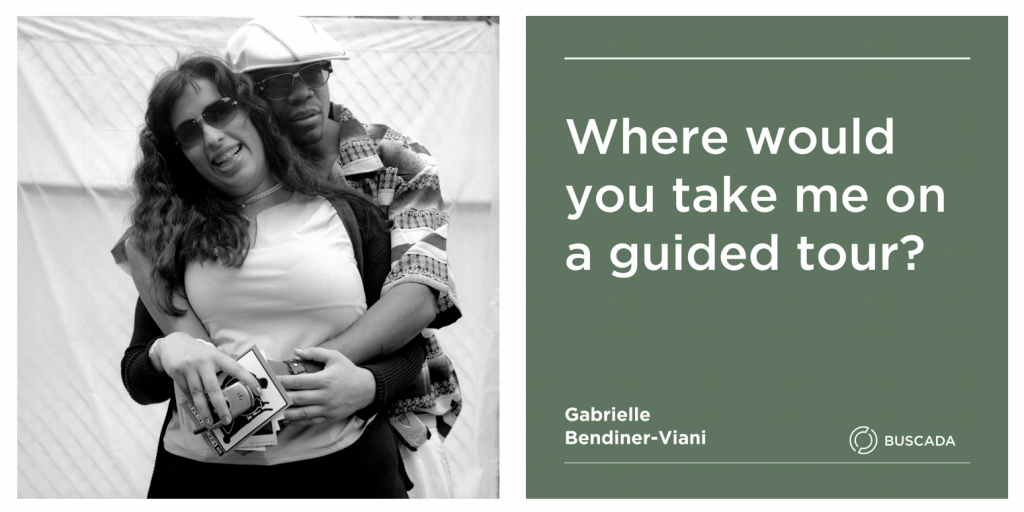 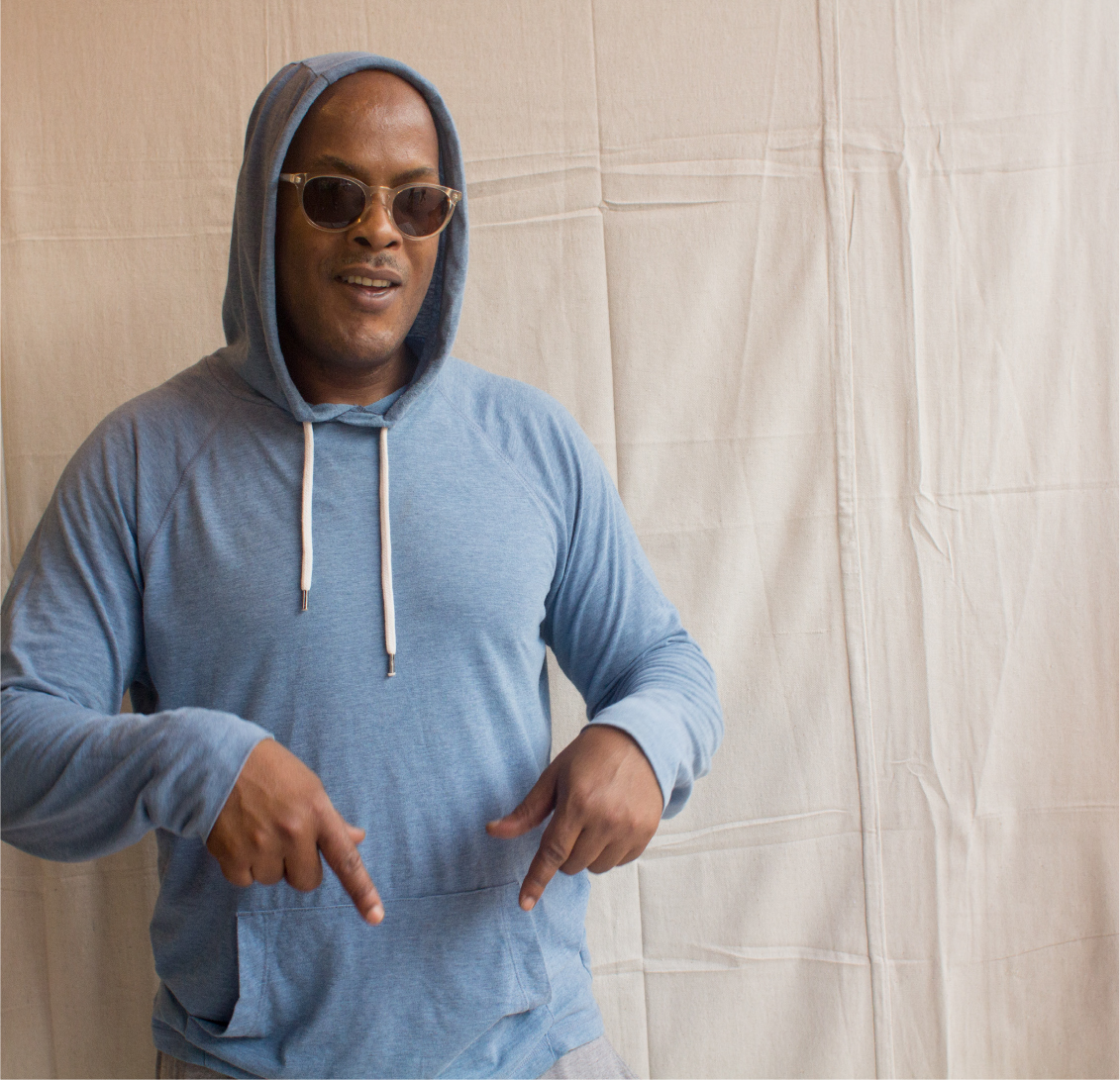 Grand Marais is a little town in Minnesota. I went there as an exchange student from Jamaica. It was a population of about 1000; the Sheriff was the only black person in the town and his family. It was right next to Lake Superior, so I would go to bed to the the ebb and flow. The folk slept with their windows open. For me it was a very calming place, the most peaceful place I’ve ever been. 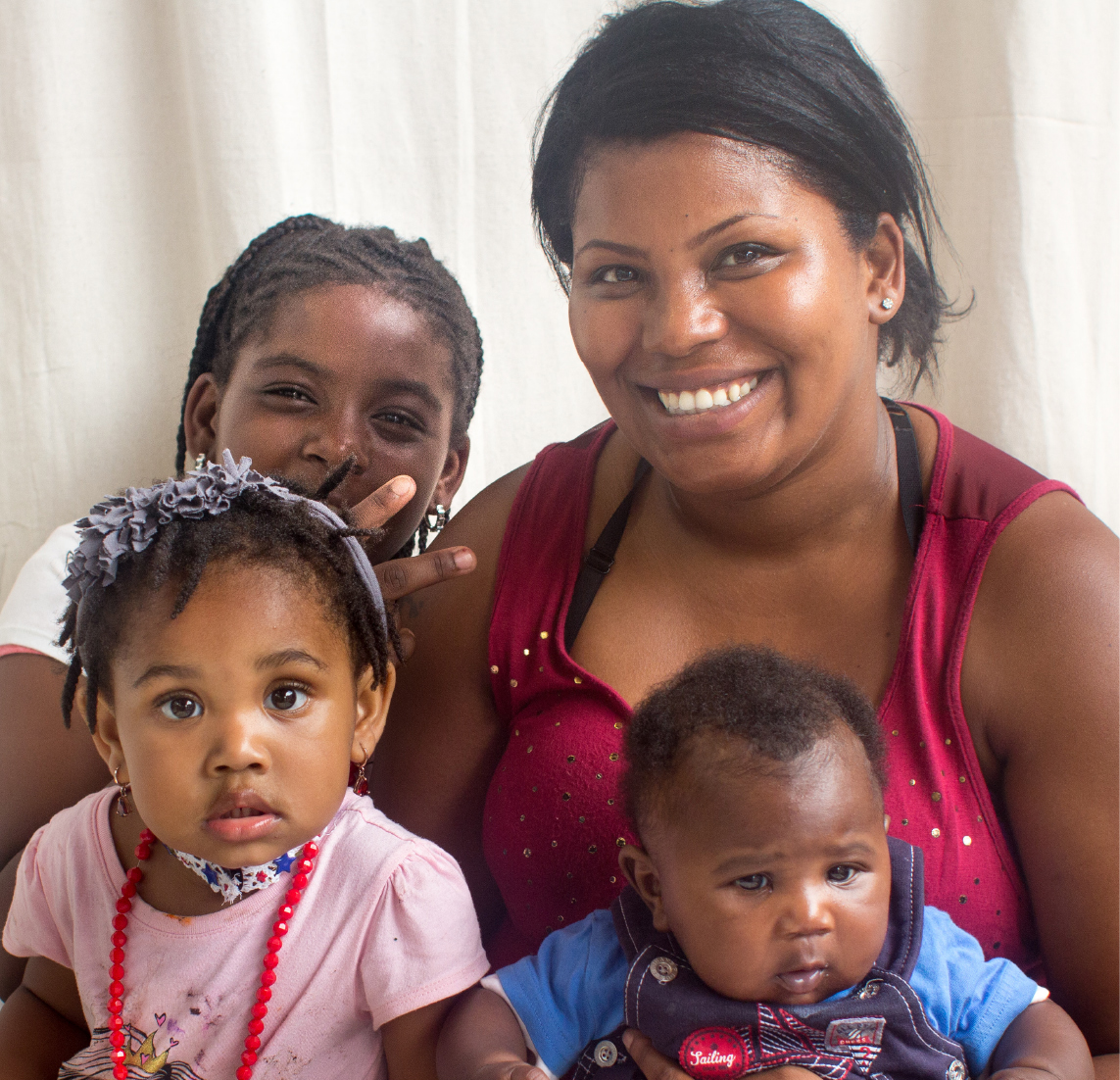 You’re on the Ave. Jamaica Ave. There’s not much to do. Shopping. That’s about it. Or - the library - they have story times, activities to do. It’s right there on the next block. It’s big, they have a new cafeteria - you can eat in the library! 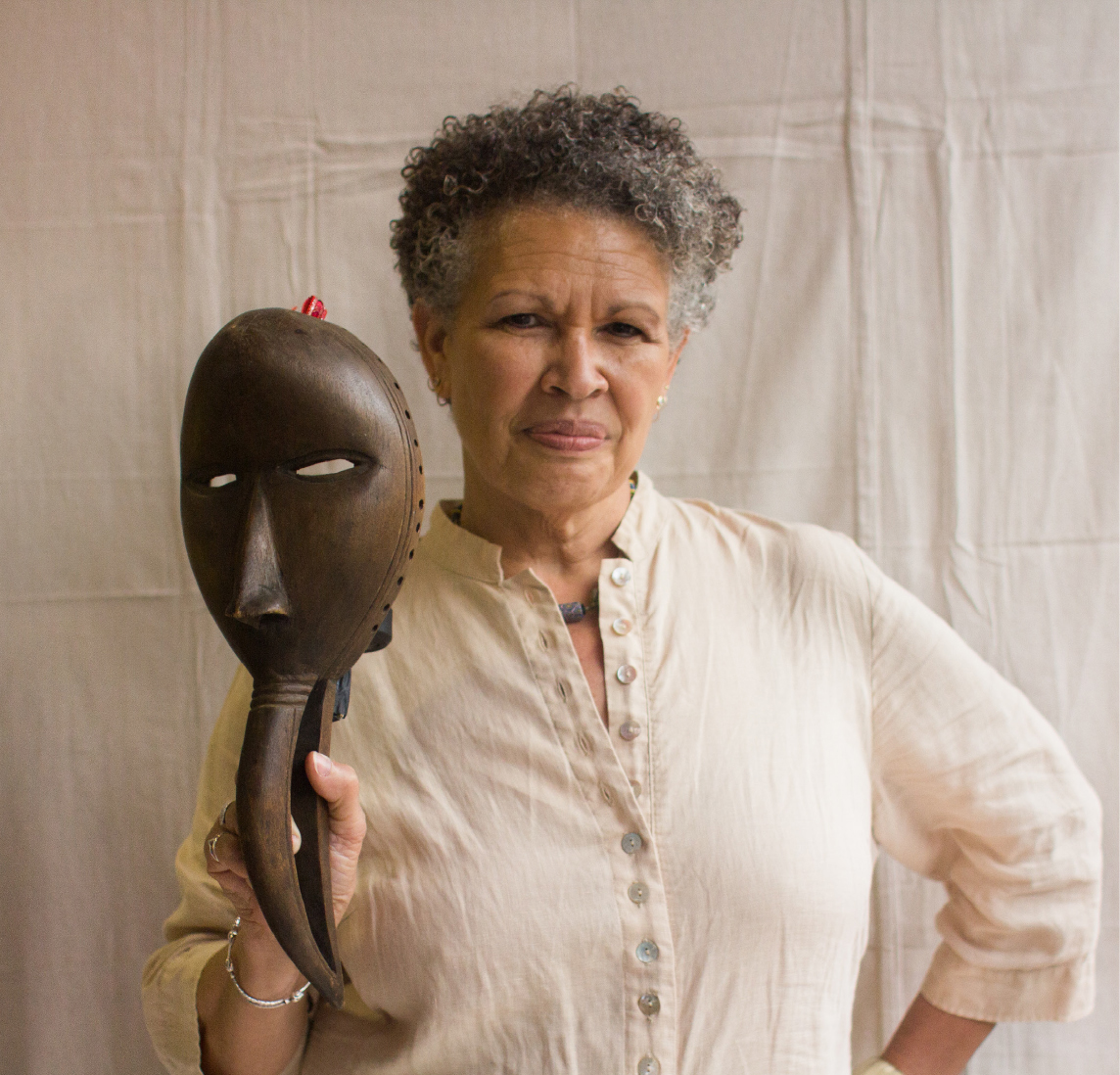 "Here in Jamaica, I would take you to York College.
It's an art treasure trove that many people don't know about.
There's a Martin Puryear there, Sam Gilliam, Richard Hunt,
Houston Conwill. Al Loving.

In the world, I would have to say Timbuktu. 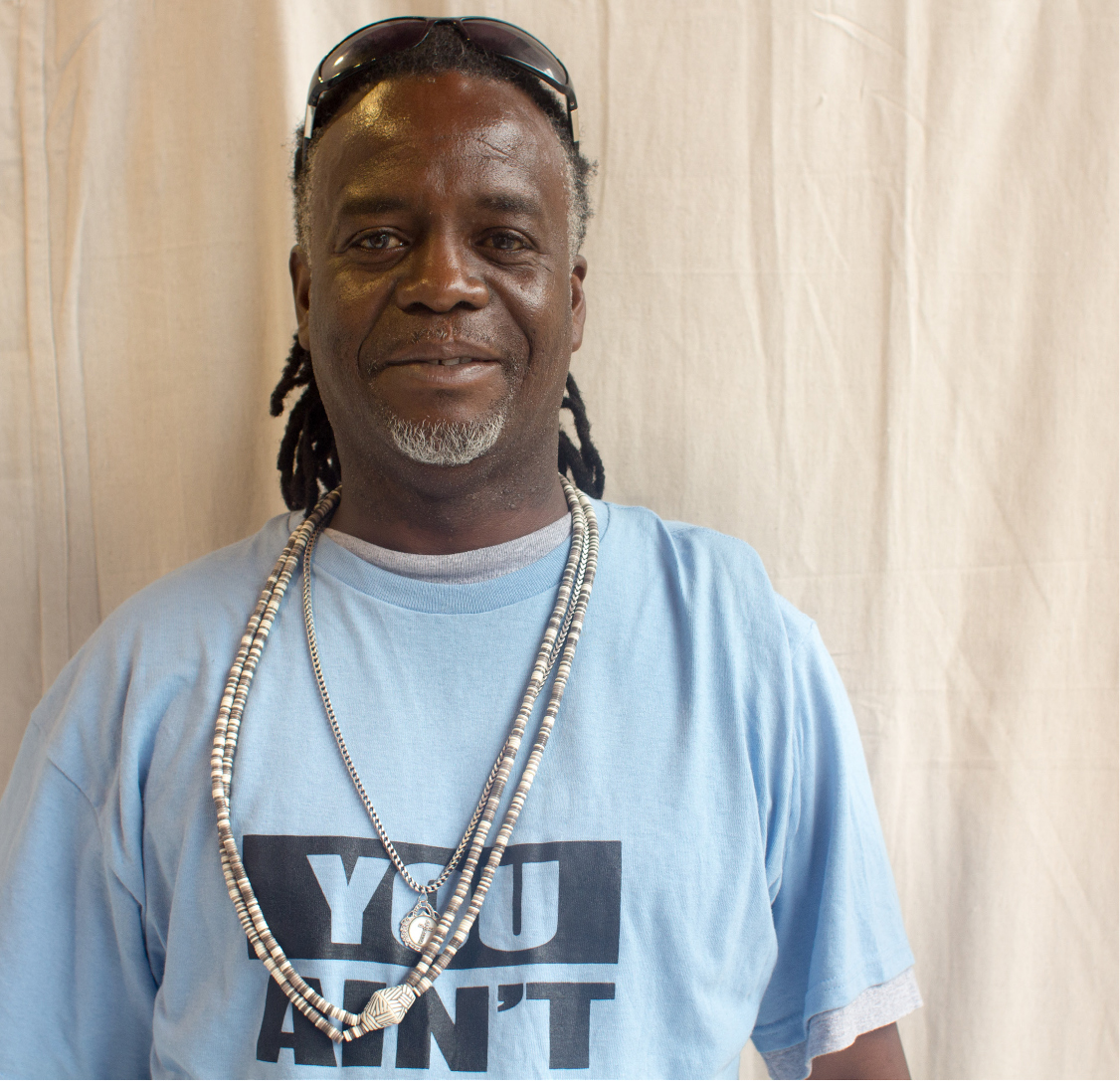 I don't go out. I don't socialize. If you go to a place, you want to have a good time. Lately, when you go out, you're scared to mash somebody's toe, or bump somebody, it's crazy. So my fun is come home and watch a movie, and cook some food and just kick back and relax, you know? Your place is within you. 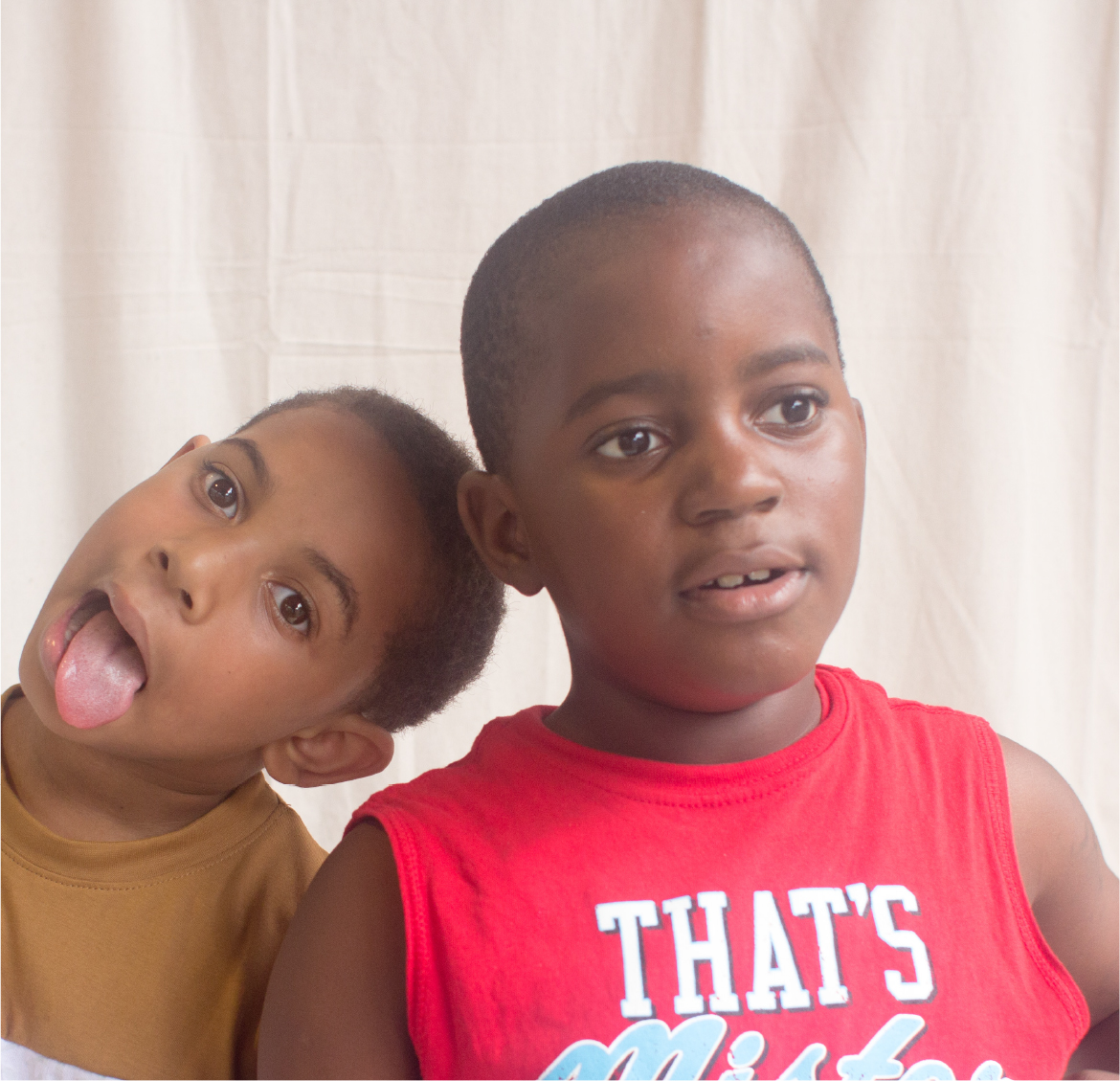 The 99 Cent Store. It has everything. Some birthday stuff… some toys… some calculators, stuff I don’t know what it is… 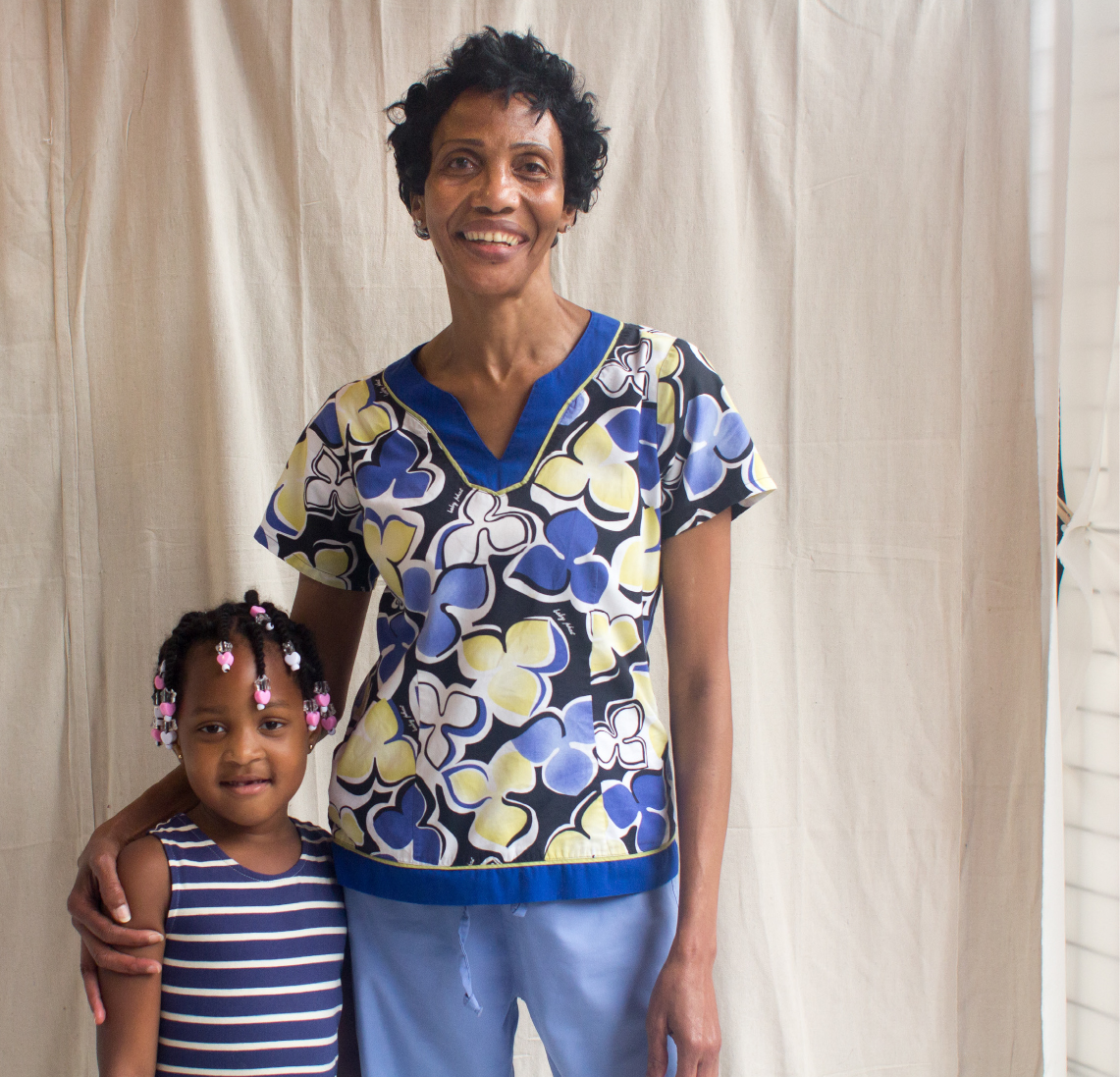 The church is where you get nurtured. You go in the church, God is able to lift you up, to let you know that you can overcome whatever you’re going through.

As part of this project to spur conversations about the relationships between neighborhoods, we brought to Jamaica the “guidebooks” from Intersection | Prospect Heights, which feature individuals’ meaningful places in Prospect Heights, Brooklyn. When people perused the guidebooks in Jamaica, they elicited comments such as “I know how that feels…”, “I go there to shop!”, and of course, “I think gentrification is happening everywhere…” These responses mark linkages that we might not expect, and suggest the possibilities, and necessity, of building solidarity across spaces in one city.

Intersection | Jamaica also built on one of our much earlier works, Playground from 2002, in which Gabrielle asked East Harlem residents the very same question–“Where would you take me on a guided tour?” Taking place in a Harlem playground, one participant said he’d take her to Jamaica, Queens — and finally, twelve years later, she got there.

“I’d take you to Jamaica, Queens. 165th Street. I didn’t go to Jamaica Queens until I was fourteen years old. But, Jamaica Queens is like home to me. Still, everybody there knows me, the people haven’t changed much.” – Pierre Rene, the Bedazzler 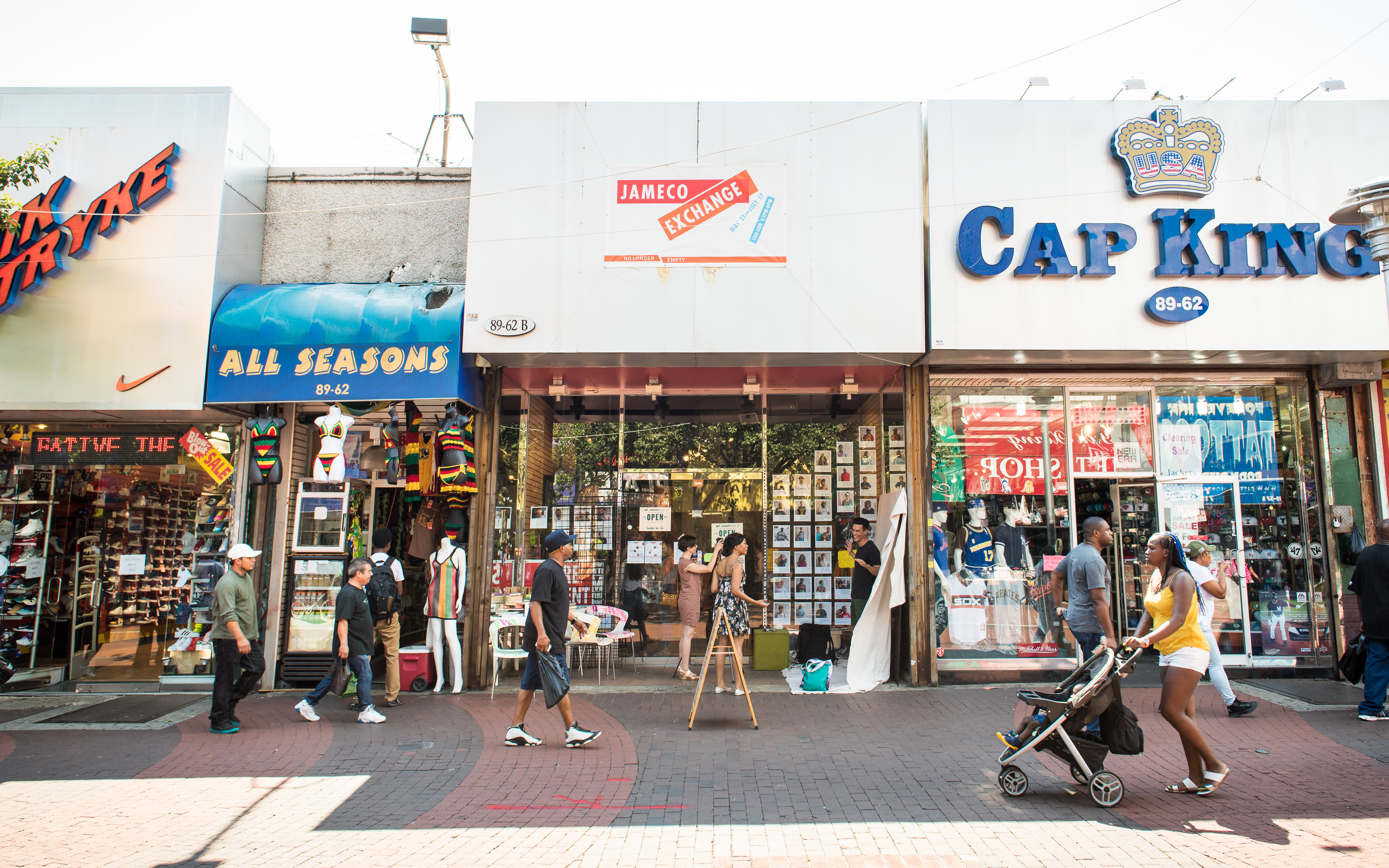 The Intersection | Jamaica portraits and stories grew to fill the windows of Jameco Exchange. Here, a portrait session in progress.